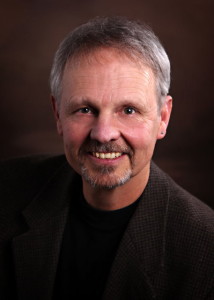 I wrote Connecting Hearts and Minds as a way to share the knowledge and insights I’ve gained in the more than twenty-five years that I’ve worked as an interculturalist. That work has been enormously stimulating and deeply enriching for my own life and I hope you too will find this book stimulates your own thinking and inspires you to look at personal and cultural differences from a new perspective.

Like many young people, I didn’t know what I wanted to do with my life and I had no idea I would end up becoming an interculturalist. After graduating from UCLA with a degree in psychology, I felt an urge to see the world. I began my journey by traveling around Europe and then headed south to avoid the winter. To pay for my travels I found myself working on a construction site in northern Nigeria. Serendipity has played a major role in my life and while I didn’t know it at the time, those seven months in Africa changed me forever and put me on a new path.

After Africa I returned to Germany where I began studying German and Spanish at the Johannes Gutenberg University. Later I taught English as a foreign language and also worked as a translator. While helping my students learn English, I discovered that cultural differences create even deeper barriers than do language differences. I also discovered that helping people understand and bridge those cultural and linguistic differences brought me great joy and satisfaction. It was then that I chose to become a professional interculturalist.

As it became more and more obvious how inextricably culture and communication styles were intertwined, I returned to the U.S. to study communication at the University of Colorado. While working towards my doctorate, I continued my intercultural work by helping American executives prepare for overseas assignments. Since receiving my Ph.D. I’ve worked as a teacher and coach with a variety of international companies to help their teams and leaders develop the global competence and build the trust they need to work together well.

Writing Connecting Hearts and Minds was challenging, surprising and, ultimately, hugely rewarding. My original intention was to write a small, simple book that would help people who were faced with the challenge of working across a language barrier. The creative process had other plans.

As an interculturalist, I spent countless hours researching and studying the ways cultures influence our perceptions, feelings, thoughts and actions. As a result, I accumulated a great deal of knowledge from a wide range of disciplines including communication studies, anthropology, sociology, psychology, linguistics, neuroscience and more. While useful in itself, this knowledge was unsorted and chaotic, floating around in my mind like jetsam on the ocean. It surprised me to discover that one reason I was writing this book was to systematize that knowledge and create more order in my own mind. Having a clearer, more systematic approach to dealing with differences has brought me more inner peace and I hope it will do the same for you. I am delighted that so many readers have already let me know that they find this book stimulating and inspirational. That has made all the hard work more than worthwhile and I hope you too will find Connecting Hearts and Minds helpful in facing the challenges of dealing with differences in our global village.